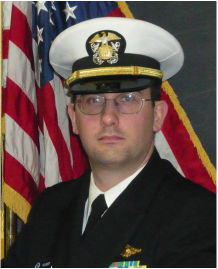 Let me start off by setting the record straight; I am not a CAPT, but I am a Capt. and it is under those auspices that I am titling this blog.  So, now that we’ve got that cleared up we can…wait, maybe that isn’t quite so clear.  I attained the military rank of LCDR and thus am not a CAPT type Captain.  However, I did earn my USCG Master’s License and thus can be referred to (however questionably) as a Capt.  Besides, Lieutenant Commander’s Blog just doesn’t have the same ring to it.

I would never lay claim the title of expert; an engineering professor once told me that expert is just another word for “a drip formerly under extreme pressure” (ex-spurt).  However, I do have a fairly large amount of experience and I hope to share that experience with others through this blog in a lighthearted and entertaining manner; realizing, of course, that my way is by no means the only way and that there are a lot of ways to skin a cat (my wife won’t let me try any of them).

I grew up around boats in Colorado with some of my fondest memories being the long, lazy, summer days on my parent’s houseboat on Lake Powell.  Those experiences instilled a love of recreational boating and heavily influenced my decision to go into the maritime industry.  I owned my first boat before I owned a car; when I was 16 I purchased an old Yukon Delta hull and spent every free hour over the next 6-months turning it into a deck boat for fishing at Blue Mesa Reservoir. Sadly, working on the water left little time for recreational boating, and I sold my boat over 10-years ago.  With the recent birth of my son, I was looking to get back into boating so that I could share those memories that stand out from my childhood. I purchased a 65-ft Sumerset Houseboat at Bullfrog, UT from an insurance company after it sank at its mooring and I have spent the last year completing a full refit of the vessel with plans to sell shares in the boat.  I also purchased an old 14-ft aluminum Lone Star runabout and am in the process of returning her to her former glory (more posts on that soon).

I had the great fortune to have had an exciting and rewarding career in the maritime industry that spanned over 10-years.  I went into a direct commissioning program immediately after graduating from the Colorado School of Mines (Go Diggers!).  I took my oath as an officer of the National Oceanic and Atmospheric Administration’s Corps of Commissioned Officers (NOAA Corps)…don’t worry, no one else has heard of it either.  I liked to say that it may be the smallest of the seven uniformed services (only about 300 commissioned officers), but it has that longest name…much like Rhode Island and Providence Plantations (if you like inane trivia like that, you’re going to love this blog).  During my career I worked primarily under NOAA’s Office of Coast Survey making nautical charts for navigation; I’m even a Certified Hydrographer with the National Society of Professional Surveyors…I know, impressive, right?  I did however have the opportunity to put my engineering skills to work for a few years with the Pacific Marine Environmental Laboratory (PMEL) designing oceanographic data buoys and instrument systems.

My last assignment was as the Navigation Manager for the Northeast Region.  I liked to joke that I was a professional meeting attender, running from the Port of New York/New Jersey, the second largest port in the US, and all ports north to Eastport, Maine.  As Navigation Manager, I served as the primary contact for NOAA’s Office of Coast Survey and had the opportunity of working closely with the pilots associations, the United States Coast Guard, Port Authorities, and other agencies and port operators.  During my time in this position, I had the unfortunate privilege to be an integral part of the response efforts to Hurricane Irene and Post-Tropical Cyclone Sandy.  While I hope never to repeat such an event, it is something that I look back on proudly.  I worked closely with the USCG, USACE, and other port partners in the Marine Transportation System Recovery Unit, and cannot sing their praises loudly enough.  I even wrote a white paper on it, you can find it here if you want to read it.

I previously served in the position of Ocean Engineer with the PMEL Engineering Development Division in Seattle, Washington.  At PMEL, I had the opportunity to serve as a project manager; overseeing design, prototyping, testing, manufacture, and implementation of several mooring and instrument systems.  This included work on the Deep-ocean Assessment and Reporting of Tsunami (DART) buoys, a new generation Easy-to-Deploy (ETD) data buoy platform, and the Aerosol Laboratory Unmanned Aerial System.

I had two sea tours aboard the NOAA Ship Rainier, a 231-ft hydrographic survey ship, and have plenty of sea stories from my time there…just ask my wife.  My most recently tour was as Field Operations Officer (FOO)…and yes, most people do pity the FOO.  As FOO, I was responsible for managing operations of the ship’s six 30-ft hydrographic survey launches and two small boats to acquire near shore hydrographic survey data.  The ship worked throughout the Pacific Northwest and Alaska.

It was very difficult to leave my career behind, but, as they tend to do, my life priorities changed.  After the birth of our son, my wife wasn’t as keen on the idea of my going to sea for 2-years and it made financial sense for us to follow her career to the Seattle area, which is where I find myself currently, playing the role of Mr. Mom and writing this blog.

Until next time, here’s wishing you fair winds and following seas.